NO FEES UNLESS YOU WIN!
Motorcycle Accidents
We help wrongfully injured people by telling their story to achieve maximum compensation.
Get Help Now

If you have been in a motorcycle accident, you could be hurt or your property could be damaged. While you try to recover from your injuries and deal with repairing your bike, your insurance company might lowball a settlement offer to you. That leaves you having to fight hard to get the compensation you deserve. Minnesota law makes the process even more difficult for motorcycle accident victims. An attorney with experience handling motorcycle accident claims can advise you of your options and work to negotiate a better settlement for you and your property. Kirshbaum Injury Law has many years of experience advocating for motorcyclists who have suffered injuries and damages in motorcycle crashes in Minneapolis, St. Paul, and throughout Minnesota. 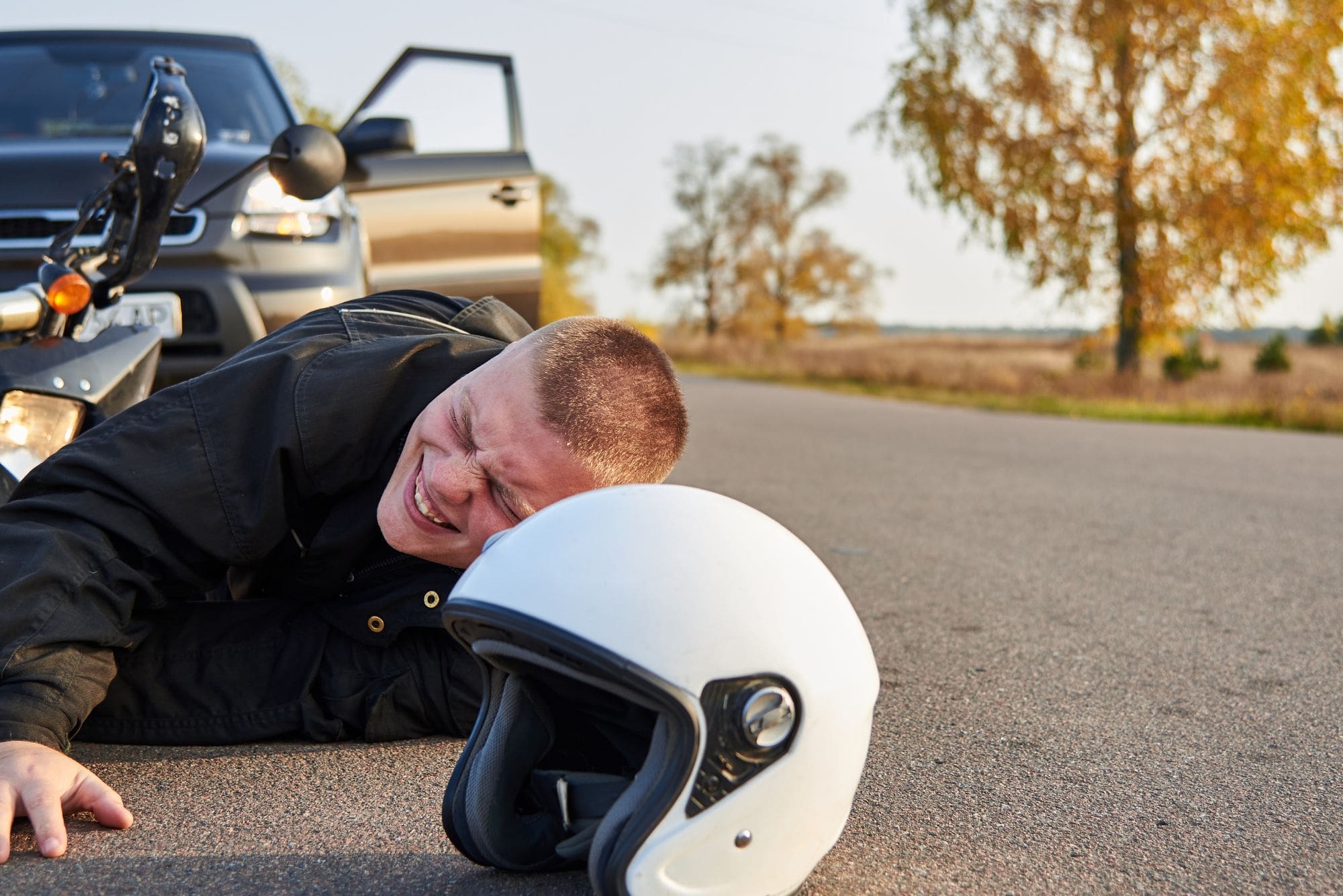 What Are the Dangers of Riding a Motorcycle?

The National Highway Traffic Safety Administration reports that last year, more than 5,000 motorcyclists lost their lives in motorcycle accidents throughout the United States. Motorcyclists have an increased risk of being in an accident, mainly because of reduced visibility by other drivers. Motorcycles are smaller than other motor vehicles on the road. This makes them harder for other motorists to see even in perfect weather and road conditions. Unfortunately, Minnesota is often better known for bad weather and dangerous roads.

Minnesota’s brutal winters bring regular snow and ice storms, creating road hazards that can be dangerous for large vehicles and catastrophic for motorcycles. State law sets additional rules for motorcycles because of their small size. Motorcycle riders may not move between lanes of traffic while in motion. They also may not pass another vehicle in the same lane.

Who’s At Fault in a Motorcycle Accident in Minnesota?

The no-fault law allows drivers and family members to recover damages for car accident injuries without regard to who was at fault. No-fault insurance coverage, formally known as Personal Injury Protection (PIP), only provides compensation for certain losses, including:

PIP does not cover other damages, such as pain and suffering or emotional distress. Recovering those kinds of damages requires a claim against the at-fault driver.

Every driver of a car or truck in Minnesota is required to have car insurance that includes a minimum amount of PIP coverage. Car insurance policies automatically include PIP coverage. Motorcycle insurance policies, however, do not, because the no-fault law does not apply to motorcyclists. Motorcyclists may only be able to recover damages by making an insurance claim or filing a personal injury lawsuit against the person who is at fault in their accident.

Proving fault in a motorcycle crash typically involves producing evidence that the at-fault driver acted negligently. To establish that a person was negligent, you must establish four points:

Evidence establishing a driver’s fault often comes from the police report and evidence gathered at the scene of the crash. The police should talk to people involved in the accident and any witnesses at the scene in order to piece together what happened. They will include all of this information in the final police report. You or your attorney can obtain a copy of this report once it is complete.

The police could conclude that you were at fault for the accident and include this in the police report. This is merely a statement of what one or a few police officers think happened. It is not a final legal ruling holding you responsible. You may still be able to assert a claim for damages if you can present additional evidence showing that another driver was negligent. Personal injury attorneys have extensive experience gathering evidence to dispute police reports. You may be able to start this process at the scene of the accident if your injuries do not prevent you from doing so.

One of the first things you should do after an accident is exchange insurance and contact information with the other drivers or motorcyclists. You may speak to witnesses and take pictures of the accident scene, as long as you do not get in the way of the police’s investigation.

If possible, take pictures of your injuries before receiving medical treatment. You should try to write down as much about the circumstances of the accident as you can remember. If you do not have a pen and paper handy, but you have a smartphone, you could make an audio or video recording instead. Memory can be tricky, so the sooner you can record what you remember in whatever form, the better.

Any information you can provide to your attorney about the accident will be helpful. All of that said, your first priority should be your own health and safety. Do not delay medical treatment so that you can investigate the accident scene. There will be time for that after you have started to recover.

How Does Motorcycle Insurance Work in Minnesota?

Certain benefits are more or less guaranteed if you have no-fault PIP insurance coverage. This insurance will pay for medical expenses, wages that you missed when your injuries kept you out of work, and other costs directly related to your injury. If an accident results in the death of a covered person, PIP will pay a limited amount to their loved ones to cover funeral expenses. You or your attorney may still have to argue with the insurance company over the exact amount of compensation you will receive, but no-fault coverage means you will almost certainly receive something. 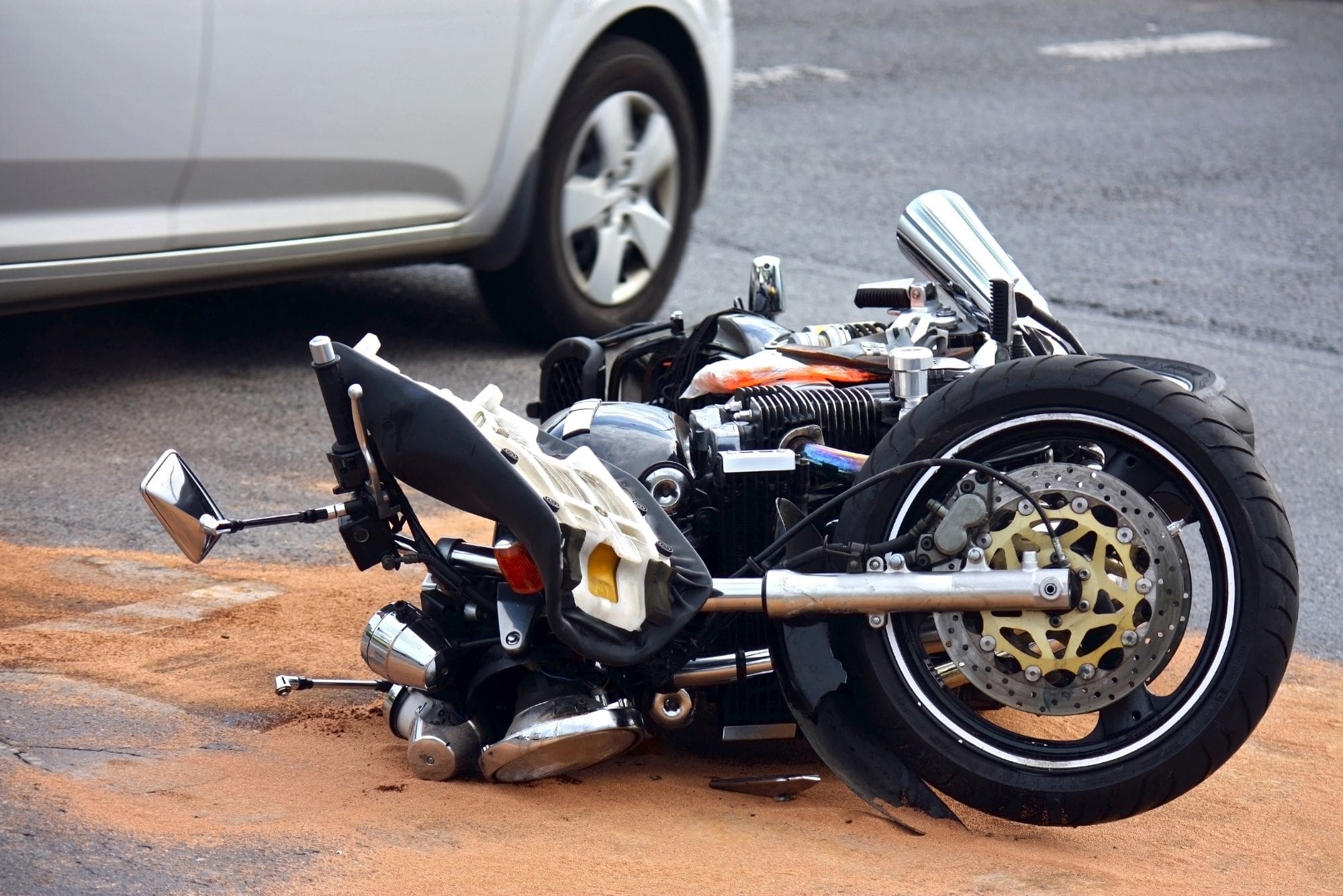 How Long Do You Have to File A Personal Injury Lawsuit After A Motorcycle Crash?

Some exceptions apply to the two-year time limit. If a motorcycle accident victim was under the age of 18 at the time of the accident, for example, the statute of limitations will not start until their 18th birthday. This gives them until their 20th birthday to file suit.

How Much is Your Motorcycle Crash Case Worth?

The value of your motorcycle accident claim — meaning the amount that you can reasonably expect to recover from an insurance company or a court judgment — depends on a wide range of factors. Some factors involve your damages. Others involve the at-fault party or parties, which could include you, and the way you eventually resolve the case.

One major factor involves your economic damages, which represent the direct losses you have suffered, or will suffer, because of your injuries. These may include:

You can establish these damages by producing medical bills, wage statements, and other documents.

In a claim against an at-fault driver, you can also recover non-economic damages. These are much more subjective and harder to prove since you cannot simply produce an invoice. Non-economic damages compensate you for the impact your injuries have had and will have on your quality of life, such as:

An accident victim’s spouse may be able to make a claim for loss of consortium, which compensates them for the loss of their partner’s intimacy and affection as a result of their injuries.

Minnesota uses a system called “modified comparative negligence” in personal injury cases. You may recover damages even if you were partly at fault for the accident, as long as your share of fault is less than fifty percent. Determining each party’s share of fault is a highly subjective process that can differ from one case to another. The question is often left to juries to decide.

The way you resolve your personal injury claim can also affect its value. You will probably receive one or more settlement offers from the insurance company during the case. The first question will be whether you and your attorney believe you could recover more if you go to trial.

Suppose you receive an offer to settle for $50,000, but you believe your claim is worth at least $100,000. If you go to trial, you could recover $100,000, or you could lose and recover nothing. The second question is how much your possible recovery after trial is worth. On this question, a personal injury lawyer’s experience is a useful guide.

After evaluating your case, the defendant’s case, and other circumstances, your attorney tells you that, if you went to trial, you would have a 60% chance of winning. The settlement value of your case is $50,000. The trial value, based on the assessment of the case’s total value and the chances of success at trial, is $60,000 (60% of $100,000).

Your case’s trial value is greater than its settlement value. The third and final question is whether you should accept the settlement or go to trial. Factors unique to your case will determine how you answer this. Accepting the settlement could put a large sum of money in your pocket in a matter of days. Rejecting it and going to trial could mean waiting weeks or longer for a trial date, with no guarantee that you will receive any money at all.

Why You Should Hire an Attorney After a Motorcycle Crash?

Motorcycles have a reputation for being dangerous. As a result, a bias against them has crept into our systems for insurance and legal claims. Insurance companies, judges, and jurors may view motorcyclists as reckless, and therefore less deserving of fair compensation for their injuries.

A motorcycle accident lawyer can help you overcome motorcycle bias by preparing a claim that provides solid evidence of who was at fault and the damages that you have suffered. They will handle negotiations with the insurance company and other attorneys involved in the case so that you can focus on recovering from your injuries.

Don’t Let Motorcycle Bias Prevent You From a Payout

Injuries Caused by a Drunk Driver

Get Help Now
No Fee Unless You Win!
Schedule Consultation Now
Focused on Outcomes

We Have Recovered Millions of Dollars for Our Clients

Located in Maple Grove, MN Kirshbaum Injury Law has a rich history of winning cases for people who are injured through no fault of their own.
Read Client Testimonials

“Very satisfied with Kirshbaum injury law firm, they were very thorough in getting all the facts and in dealing with all parties regarding my claim.

They were also very diligent and fast in getting resolution. It was a pleasure.”

No Fee Unless
You Win!

We give you peace of mind by helping you with every step of the claim process and beyond.

Fill out the contact form to send us a message, or click below to schedule your free consultation online now.

Schedule Consultation Now
Get Help Now
No Fee Unless You Win!

Fill out the contact form to send us a message, or click here to schedule your free consultation online now.