NO FEES UNLESS YOU WIN!
Wrongful Death
We help wrongfully injured people by telling their story to achieve maximum compensation.
Get Help Now

Losing a loved one is devastating. Nothing can replace them, and you must figure out how to live your life with the void they left behind. The pain can be even worse if their death was the result of someone else’s negligence. Your legal rights might be the last thing on your mind, though, in the midst of that pain. A wrongful death claim cannot return your loved one to you, but it can provide compensation for funeral expenses, medical bills, and other economic losses. You do not have to deal with the legal issues alone. At Kirshbaum Injury Law, we understand the pain of losing a loved one, and we know that dealing with insurance companies or filing a lawsuit is not what you want to be doing. Let the experienced Minnesota wrongful death attorneys at Kirshbaum Injury Law handle your claim during this difficult time. 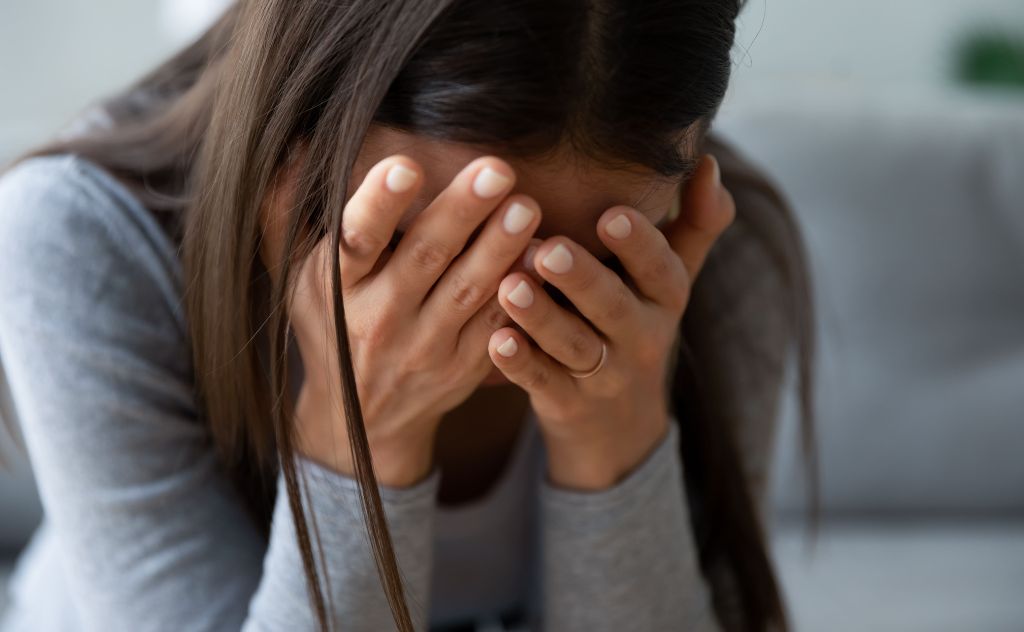 What Are the Requirements for a Wrongful Death Lawsuit in Minnesota?

Wrongful death is a type of personal injury claim under Minnesota law. Certain people can assert a claim or file a lawsuit on behalf of a deceased person, or “decedent,” if their death was the result of a “wrongful act or omission of any person or corporation.” It cannot have been a natural death, in other words. It must have resulted from recklessness, negligence, or a purposeful act.

Minnesota’s wrongful death law refers to the person who has the right to make a legal claim as the “trustee.” They can make a claim on the decedent’s behalf if the decedent could have filed a personal injury claim had they not died. The trustee acts in the same capacity that an injured person would act in a personal injury lawsuit that does not involve wrongful death.

If a person could file a personal injury claim against another driver for injuries sustained in a car accident, for example, their trustee could file a wrongful death claim against that driver if the injuries were fatal. Wrongful death claims may result from fatal motor vehicle accidents, deaths caused by medical malpractice or defective products, and other personal injuries.

Most wrongful death cases are based on negligence. To prove that a defendant was negligent, a plaintiff in a wrongful death lawsuit must prove the following four elements:

Who Can File a Wrongful Death Lawsuit in Minnesota?

Many states allow a decedent’s family members or the representative of their estate to file suit for wrongful death. Minnesota allows certain surviving family members to file suit for loss of the decedent’s financial support or companionship, but they must obtain permission from a court first. State law allows “the surviving spouse or one of the next of kin” to petition a court to appoint them or another “suitable and competent person” as trustee.

Only one person may serve as trustee for the purpose of making a wrongful death claim. The trustee is responsible for distributing any money they recover in accordance with state law. They must file a bond with the court to secure their performance of this obligation.

Children of the Deceased

A decedent’s adult child is considered “next of kin” in Minnesota and is therefore eligible for appointment as the trustee.

Spouse at the Time of Death

A decedent’s surviving spouse can petition for appointment as trustee as long as they were married when the decedent died.

Parents of a Young, Deceased Child

If the decedent was a minor, their parents are considered their closest next of kin. A parent may serve as the trustee.

Siblings If There Were No Surviving Children or Parents

In the absence of a spouse, parents, or adult children, siblings are considered the closest next of kin.

What Is the Statute of Limitations for Wrongful Death Claims in Minnesota?

Minnesota law sets a deadline known as the statute of limitations for filing a personal injury lawsuit. Different types of claims have different statutes of limitations.

The time period may begin on the date of death, or on the date that the plaintiff first learned that they have a legal claim. The “discovery of harm” rule bases the deadline on when the plaintiff discovered that the death was the result of negligence, recklessness, or an intentional act. A decedent’s family might have no reason to suspect that their loved one’s death was the result of medical malpractice until months or even years later when new evidence emerges. Minnesota law, therefore, may set two deadlines, with the later date setting an absolute limitation on filing a lawsuit.

For wrongful death lawsuits, the length of the statute of limitations depends on the type of act or omission that allegedly led to the decedent’s death.

Suppose that medical malpractice resulted in a person’s death on January 1, 2022.

What Losses Can the Survivors of a Loved One Receive in a Wrongful Death Claim?

A trustee in a wrongful death may also be able to recover punitive damages in especially egregious cases. Punitive damages do not compensate the plaintiff for any specific loss. Instead, their purpose is to punish the defendant. The trustee must prove by clear and convincing evidence that the defendant acted with “deliberate disregard for the rights or safety of others.”

Medical expenses are a common type of economic damage in personal injury cases. A trustee in a wrongful death case can recover the cost of medical treatment that the decedent received as a result of the injuries that ultimately led to their death. In a wrongful death case arising from a motorcycle accident, for example, medical expenses may include treatment received in an emergency room or intensive care unit in an effort to save the decedent’s life. These expenses can be substantial, especially when a person fights hard to stay alive, but the doctors, nurses, and others are unsuccessful.

Loss of the Deceased’s Income

In a Minnesota wrongful death lawsuit, a decedent’s spouse and children can recover the lost income that would have helped support them. This may include lost wages during the period between the decedent’s injury and their death, and the loss of the decedent’s future earnings.

The amount that a trustee can recover is not necessarily equal to the actual amount the decedent earned or would have earned. State law allows a spouse and other next of kin to recover “the pecuniary loss resulting from the death.” The amount of pecuniary loss is based on many factors, including past and likely future income. The point is to compensate the surviving family members for the support they would have received from the decedent.

Lost wages prior to the time of death are relatively easy to prove. The trustee only needs to produce wage statements or other records of their earnings to show how much they would have earned during a given period of time. If a decedent was in an accident on a Monday, and they died because of their injuries on the following Saturday, their lost wages would cover the amount of time they normally would have worked between those days, such as Tuesday through Friday.

Future income is not as easy to calculate. It requires assumptions about various factors like the decedent’s life expectancy had their injuries not occurred.

Loss of Companionship and Protection

While it is impossible to make any kind of universal statement, Minnesota recognizes that a person’s death is likely to have a more profound effect on that person’s spouse than on others who knew the person. A surviving spouse can recover a type of damage that is not available to anyone else.

Loss of companionship and protection, also known as loss of consortium, is a form of non-economic damage that attempts to compensate a surviving spouse for the loss of their partner. The Minnesota Supreme Court has limited its availability to spouses. A decedent’s children, for example, cannot recover loss of consortium damages.

Loss of consortium is a “derivative claim” under Minnesota law, meaning that a trustee must first make a case that allows them to recover other types of damages. They cannot bring a claim solely for loss of consortium.

Minnesota allows accident victims and other injured victims to recover non-economic damages for the physical, mental, and emotional pain they have suffered as a result of their injuries. Surviving family members may also be able to recover damages for the emotional impact of losing the decedent.

What Are Some Benefits of Having a Wrongful Death Lawyer?

A wrongful death claim can be complicated in both legal and factual terms. When you have suffered the loss of a close family member, the demands of this kind of claim can be overwhelming.

An experienced wrongful death attorney understands the complex legal requirements. They can determine the value of a wrongful death claim, offering an assessment of economic and non-economic damages.  They also know how grief can affect families who are trying to assert their legal rights. A wrongful death lawyer can help address the profound emotional issues affecting you and your family. They will focus on recovering the highest amount possible for your loss while you focus on the grieving process.

Are You Suffering from the Wrongful Death of a Loved One?

The wrongful death attorneys at Kirshbaum Injury Law have many years of experience helping families in Minneapolis, St. Paul, and throughout Minnesota who are dealing with a legal claim over the death of a loved one. Our experience provides us with the knowledge to protect your rights and financial future, and to get results for you. If a loved one has died unnecessarily, we will pursue all available legal remedies to ensure that you receive the maximum compensation. Request a free consultation with an experienced wrongful death attorney today by calling (952) 545-2700 or completing the online contact form.

Injuries Caused by a Drunk Driver

Get Help Now
No Fee Unless You Win!
Schedule Consultation Now
Focused on Outcomes

We Have Recovered Millions of Dollars for Our Clients

Located in Maple Grove, MN Kirshbaum Injury Law has a rich history of winning cases for people who are injured through no fault of their own.
Read Client Testimonials

“Very satisfied with Kirshbaum injury law firm, they were very thorough in getting all the facts and in dealing with all parties regarding my claim.

They were also very diligent and fast in getting resolution. It was a pleasure.”

No Fee Unless
You Win!

We give you peace of mind by helping you with every step of the claim process and beyond.

Fill out the contact form to send us a message, or click below to schedule your free consultation online now.

Schedule Consultation Now
Get Help Now
No Fee Unless You Win!

Fill out the contact form to send us a message, or click here to schedule your free consultation online now.